Filigree, spirited, extraordinarily musical - these and even more words describe the young virtuoso's playing style, if music could be so easily grasped. 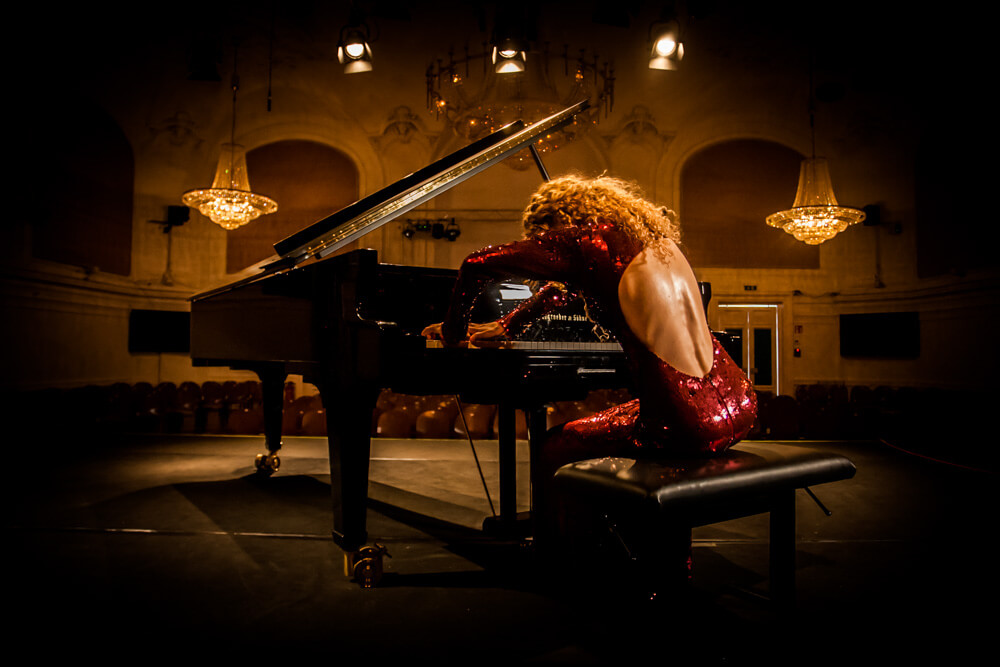 Anastasia will be releasing a series of audio NFTs based around her unique visions on classical music, starting with Feux d’artifice, which is originally by French composer Claude Debussy. However, this is just the s​tart of Anastasia’s journey into NFT investment, and there will be a number of further audio tokens released for your investment.

Are you a concert hall, an organizer or a festival? We would be happy to provide you with information about programs and costs. Please understand that only business inquiries from institutions can be answered here.

Music is the language of the soul, which connects people all over the world without words and touches them at the deepest levels

Precious musical pieces stand the test of time for many years, sometimes even for many centuries, and infatuate people’s hearts over and over again. This demonstrates anew how important music is for our lives. Young Russian-Austrian pianist Anastasia Huppmann shares her passion for music with the audience and enchants the listeners with her brilliant interpretations of world-renowned music of Chopin, Beethoven, Liszt, Rachmaninov and other great masters of music history. 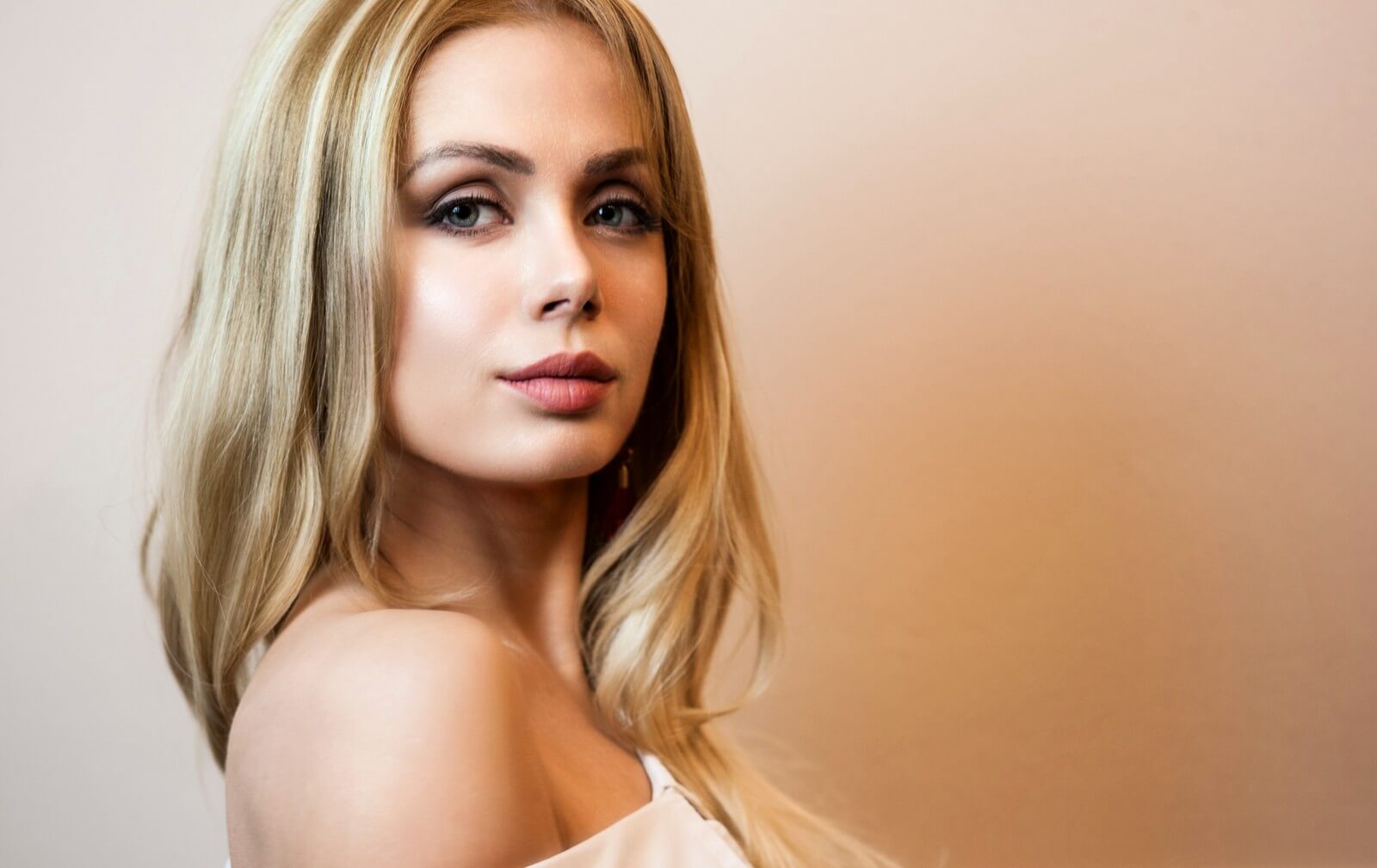 Great passion for music, that you can feel with every note

From the french philosopher Denis Diderot: “Only big and great passions, can elevate the own soul to very great things.” Anyone who has ever visited one of Anastasia Huppmann's concerts knows that the Russian-Austrian concert pianist has completly succeeded in this. Discovered as a child prodigy, she has since devoted herself completely to classical music.

what THE WORLD SAYS

The well thought-out and perfectly implemented sophistication of every single touch, with which Anastasia draws the colours of the music, is unparalleled among the famous pianists of our century. It is one thing to hear this, but it is another to experience it.
US press

Indeed, it can be said that Anastasia is one of the most impressive pianists of our time. Her way of performing with passion and inner sacrifice can be compared with the work of great composers.
Russian press, translated

With great attention to detail, Anastasia demonstrates entirely new possibilities in terms of tempo and sound, which prove that a talented musician who not only has heart but also taste and a sense of style can create something breathtaking.
German press, translated

With Anastasia's final touch, you could literally feel how the audience held their breath and could not escape the spell of this emotional mood. An extremely emotional experience.
Italian press, translated

If you had to sum up her performance in one sentence, concise, subtle, moving, challenging and sensual are all attributes that come to mind when Anastasia plays.
Paul Badura-Skoda, Austrian pianist, translated

Everyday life is completely forgotten as soon as the first touches sound. Anastasia's playing pulls one increasingly deeper into the spell of the works she performs. You literally sink into the depths of the performed pieces, immerse yourself in other worlds and only realize after the final chord that you could unconsciously escape everyday life.
US press

Note by note, motif by motif, and phrase by phrase. Anastasia Huppmann literally paints an absolute masterpiece every time with her performance on a fictional easel. It combines precision with passion, speed with faithfulness, and elemental force with intoxicating sensuality.
French press, translated

was composed in 1834 as were the Four Mazurkas (Op. 17) and the Grande valse brillante in E♭ major (Op. 18), and published posthumously in 1855 even though Chopin had instructed that none of his unpublished manuscripts be published.

is one of the famous classical piano works in the world. Completed was Moonlight Sonata by Beethoven in 1801 and dedicated in 1802 to his pupil, Countess Giulietta Guicciardi."

played by Anastasia Huppmann in G-flat major, is a study for solo piano composed by Frédéric Chopin in 1830. This work is characterized by the rapid triplet figuration played by the right hand exclusively on black keys.

Born in Russia, Anastasia Huppmann discovered her love for music very early. At the age of five, she started playing the piano. Soon after, the music school board recognised her musical talent and Anastasia began receiving individual lessons for gifted children in piano, composition and music theory. At the age of seven she appeared playing her own music-compositions live on TV and won her first piano competition. She completed her piano studies at the State Conservatory in Rostov-on-Don (Russia) and at the Vienna Conservatory (Austria), both of which she completed with distinction. Anastasia continued her education at the Academy of Music in Hannover (Germany). She participated in the solo classes of Prof. Karl- Heinz Kaemmerling until his sudden death.

Today, the piano artist deals with classical solo concerts and orchestral music. Her music style has stood the test of time and brings back music from the good old days. She performs heartwarming tunes to infatuate listeners’ hearts over and over again. This explains why her concerts attract a massive following of fans. She has had solo performances in the USA, China, Japan, Austria, Germany, France, Ukraine, Russia, Poland, Spain, Italy and others.

Here you will find all the news of Anastasia on music, piano playing and her personal experiences with individual pieces & composers

Steinway: The Touch | the development of action mechanisms

One Day in 1932 Josef Hofmann, the American pianist, composer and inventor who had already spoken of the Steinway’s “extraordinary perfection of …

Interview Anastasia Huppmann: "The main thing is to show what the composer wanted to say", by Joe Hefferon

Stephen Hawking dead at 76, RIP: ProfessorHello, dear fans. It's a bit weird to post a physicist's death here as a pianist, but something I've…

Beethoven 109, Sonata No 30 in E major Op 109, Grasping for Light Amongst the Darkness

Beethoven 109: Grasping for Light Amongst the DarknessI often feel as if the piano and Beethoven were fashioned from the very same …

Mondscheinsonate von Beethoven (moonlight sonata): "Über Gefühle, die nur die Musik kennt" (if you like, there is an article of the moonlight …

Chopin Nocturne No. 20: The Darkest Hour Occurs Immediately Before the Dawn

Chopin Nocturne No 20: The Darkest Hour Occurs Immediately Before the Dawn Frederic Chopin composed no fewer than 21 nocturnes over the course of …

Hungarian Rhapsody No. 2: Dancing with Liszt

Revolutionary Etude Op 10 No 12: A Melodic Shot Across Time

Revolutionary Etude Op 10 No 12: A Melodic Shot Across Time I have always respected Chopin for his ability to transcribe his emotions directly into…

Beethoven Appassionata: A Torrent of Expressive EmotionBeethoven is one of the most renowned composers to have ever lived and within his sheer…

Chopin Black Keys Etude Op. 10 No. 5: An Exercise in Light-Hearted FrivolityChopin Etude Op 10 No 5 is one of the most celebrated pieces from …

Fantaisie Impromptu in C# Minor: An Odyssey of Melodic GeniusFrédéric Chopin is undoubtedly one of the most famous pianists of all time. Even …

When you hear of the Mephisto Waltz, what comes to mind is the No. 1 in the series of four waltzes by Franz Liszt.No. 1 is the most popular of…

The Ocean Etude: A Study in Uncharted Emotional DepthsMournful. Yearning. Sublime. Sentimental. These are four of the numerous words which can…

AGENTCIES
Please understand that only business inquiries from institutions can be answered here.