Beethoven 109, Sonata No 30 in E major Op 109, Grasping for Light Amongst the Darkness

Beethoven 109: Grasping for Light Amongst the Darkness 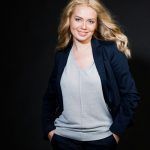 I often feel as if the piano and Beethoven were fashioned from the very same mould; somehow inextricably linked by their very design. I hear his echoes between each and every ivory and ebony key; as if he were still playing to this very day. Many feel that Piano Sonata No. 30 (often referred to simply as Beethoven 109) is one of his last great pieces. Written a mere seven years before his death, this work was composed near the same time as the Missa Solemnis and his famous Ninth Symphony. However, the Beethoven 109 is seen as being vastly different when compared to his earlier sonatas due to its unique harmonic attributes. It is worth noting that this piece was created following the Hammerklavier (opus 106). He was well aware of the severity of his hearing loss by this time and he had already suffered many emotional upheavals. So, I personally consider this piece to represent one of his most mature oeuvres and arguably, his last great piano sonata. Was he aware of how his future would be affected by his hearing loss? Did he sense death less than a decade away? Could he know how this piece would impact pianists such as myself for generations to follow? My mind often flirts with these questions as I play.

Like many of his works, the Beethoven 109 is a truly multi-dimensional piece. I sense a calm and even ethereal quality on the surface and yet, this could hardly describe Beethoven as a composer. If we peel back this layer and progress further, we immediately sense a dark and brooding sensation; hinting at his own sense of personal loss and his attempt to express these intimate feelings through the use of sombre and calculated keystrokes. I feel that this dichotomy represents Beethoven as a man; humble, fragile, sensitive and all too aware of his own mortality. When I embark upon this piece, such feelings can hardly be denied. I also find it interesting that his third movement is twice as long as the previous two. It is played slowly and with what I sometimes imagine is a combination of emotional resignation and a slight sense of redemption.Reaching Out in the Dark

It is impossible to know what Beethoven was feeling when he wrote this piece. He was certainly unaware of his future and he may have even been contemplating whether or not he would produce any works meriting critical acclaim. However, this is what I find so beautiful in regards to Beethoven 109. Hovering somewhere between despair and sublimity, his genius nonetheless shines through. I embark upon an emotional expedition each time I play the piece. Wavering between despondence and hope, his notes remind me that lyrical beauty involves much more than age or auditory competence. It instead requires a heart which dares to gaze into the dark heavens and still grasp a shining star within the black void.