Hungarian Rhapsody No. 2: Dancing with Liszt

Dancing with Liszt: Hungarian Rhapsody No. 2 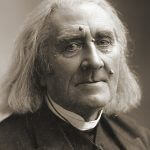 Of all Franz Liszt’s nineteen Hungarian Rhapsodies, No. 2 in C# Minor is the most celebrated. Inspired by the Hungarian folk music that Liszt came to love as a youth, the manner in which the vigour and playfulness of these inspirations is so nakedly displayed in Liszt’s music has led the latter part of Rhapsody No. 2 to be used frequently in the 20th Century as a soundtrack to cartoons. It was the combination of this playfulness with the sensual, dance-like atmosphere of the opening which first drew me in. Though the piece was adapted for orchestra by Liszt’s colleague Franz Doppler, the original piano solo version retains its allure and I was eager to draw out its complicated and powerful emotions.

Liszt’s Hungarian Rhapsody No. 2 opens with the slower lassan section. Quickly establishing C# Minor as the home key, it is this part which truly makes me feel as if I am dancing with the piece, in spite of its brooding, almost mournful tone. Each slow, melodic turn of the duple meter brings me to envisage the music as a phantom figure whose steps follow mine across a wooden floor, and whose dark eyes I cannot look away from. This owes a lot to the Romany inspiration of the Hungarian Rhapsodies. The melancholy, seductive tones of this kind of music are there to be heard in the slower parts of the lassan, and again when the sparkling passages in the right hand echo the wild drama and excitement of the gypsy dance.

The latter part of Hungarian Rhapsody No. 2 is the friska, which is far lighter and more playful than the lassan. It takes F# Major as its home key – though just as the lassan opens in C# Major before switching to the tonic minor, the friska actually begins in F# Minor before making the change. From here it is easy to see how, as mentioned above, this piece came to occupy a place in many cartoon soundtracks. It feels like a very different kind of dance: a joyful, almost foolish dance, full of laughter and certainly needing quick feet! I wanted to bring this pleasure and laughter out to the fullest after the intense opening half of the Rhapsody. Throughout the full body of Hungarian Rhapsody No. 2, this was a dance I enjoyed a great deal.